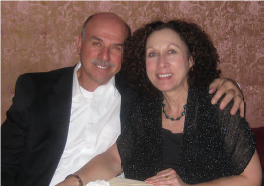 If there is that attitude of bringing help and of keeping helpful forces through the periods when the applications are made, we may eradicate almost entirely this deficiency that is called the Parkinson’s Disease. (4085-1)

What I call my “spiritual adventure of healing” began when I was having dinner with my son and his wife, and they pointed out that my hand was shaking, which I hadn’t noticed. I had recently been experiencing various aches and pains—my thumb would twitch now and then—but as I was almost 70, I just assumed this was part of getting older.

Within a month I developed more acute symptoms. I lost my senses of smell and taste. I couldn’t sleep through the night because my thumb and index finger would shake and rub against each other. This was the scariest part of what was happening, as I was unaccustomed to being out of control, especially over my own body. At this point I was still able to hide most of the symptoms from my family and friends. They had no idea what I was going through, only that I was behaving strangely.

Even so, this didn’t adequately prepare me for what came next. I could no longer turn over in bed without using extreme physical effort. I was very stiff and had trouble keeping my balance and getting dressed. I had trouble holding a pen, and my handwriting became ever smaller. I had trouble swallowing; food would sometimes get stuck in my throat. The nails on my toes turned black, and one of them fell off. The joint on my thumb and big toe became red and swollen, and would start to throb with pain. I was always very cold and could not get warm. When I would go for a walk, the tips of my fingers would turn white.

Eventually the pain in my hands and feet got so bad that I had trouble driving. Whenever I was walking, it felt as if puddles of water had accumulated in the soles of my feet. Naturally I became depressed and anxious, and as a result, started making some very bad financial decisions, which included almost selling my house. To say I was in the middle of a “dark night of the soul” would be an understatement!

There is no test for Parkinson’s, only a diagnosis based on symptoms. As both my father and uncle had the disease, I knew the symptoms all too well and believed that this is what I had. I also suffered arthritis, a subject I knew about because I lectured extensively on it. And though I received no formal medical diagnosis, I also figured out I likely had Reynaud’s disease, a blood vessel disease. The issue now was what I was going to do about it.

I didn’t have to search out the Cayce readings because they had been dear to me for over 50 years. In fact, I was considered an expert, having given workshops on the remedies and using the treatments on my friends and family for nearly as long. Now it was my turn to pursue and apply the healing.

From a spiritual viewpoint—which is where Cayce encourages us to begin to examine illness—I had a fairly good idea of how I had brought these symptoms upon myself. I had recently lost my wife. Her mother and father had also recently passed. During that process, and for the entire previous decade, I had been in and out of hospitals, emergency rooms, doctors’ offices, waiting rooms and ambulances to the point where the very thought of doctors was upsetting. During this time, I had also made five trips to healers in Brazil in hopes of curing my wife of breast cancer. Her condition would improve, but always came back. Simultaneously, I was in the middle of an intense professional situation which brought out the darkest sides of me.

Into this toxic environment came long-term issues that had been percolating within me. My parents and my wife’s parents were both concentration-camp survivors. I could never understand how seemingly godly people had allowed this to happen, and as a consequence, I harbored a deep mistrust of people.

Do I sound judgmental? You bet I do. That’s where I’m going with this. Betrayal, or a sense of betrayal, was an important karmic force in my life. I believed this karmic force, driven by my personal beliefs, came together to help create illness that manifested physically as disease.

Edgar Cayce always looked upon illness as an “opportunity,” and would invariably ask the sick person why they wanted to get better. If they weren’t willing to change and let go of anger, hate, jealousy, or negative traits; if they weren’t ready to come from a place of love and forgiveness, and realize that “We are our brother’s keeper,” he would warn that healing processes would not be effective. For me, this meant forgiveness of both the imagined and real betrayals in my life. I came to realize that my lack of true forgiveness was a key ingredient of my illnesses, and I believe, may be the main cause of much of my suffering in this lifetime. My “opportunity” was to practice forgiveness.

The Cayce-inspired physical treatment I chose to use was the protocol Dudley Delany used to heal himself of MS years before, as described in his book, The Edgar Cayce Way of Overcoming Multiple Sclerosis: Vibratory Medicine (available at the A.R.E. bookstore and Amazon.com.)

Delany writes that the treatments for neurological illnesses are very similar in nearly all of Cayce’s readings, including the recommended use of the Wet Cell Appliance. The only difference between the treatments Delany and I chose was: I used the Radiac®, instead of the Wet Cell Appliance that Cayce more often recommended. (Both of these and other referenced products, and instructions on how to use them, are available at the A.R.E. bookstore or directly from the A.R.E.’s official manufacturer, Baar Products, at Baar.com.)

Here is an outline of what my treatments involved:

1. Upon arising, 5 days a week, swallowed one drop of Atomidine in a warm glass of water.

2. A complete change in diet, following the Cayce dietary recommendations (available at EdgarCayce.org/diet). This diet consists of 80% alkaline-producing and 20% acid-producing foods. I completely eliminated all sweets, fried foods, red meats, alcohol, and more. I strictly followed the dietary guidelines. I also did a recommended three-day apple diet followed by a colonic.

3. The use of the Radiac device, in cycles of four days on, two days off. I alternated the use of Vibradex® Gold and Silver solutions.

5. Walking twice a day as well as doing a simple set of Yoga postures.

6. Use of an infrared sauna (in my house), three days a week. Cayce would often recommend infrared light for arthritis.

7. Castor oil packs over the various parts of my body that were in pain during the first six months. I would also massage my hands and feet with Egyptian oil (Arthro Massage Oil).

8. Use of the Violet Ray over my whole body three times a week.

9. Prayer and meditation each time I used the Radiac. And, my reading material consisted of books related to Edgar Cayce and Eckhart Tolle. Twice a week I participated in Edgar Cayce’s A Search for God study group meetings, one of which met at my house. I also reconnected with the Gurdjieff organization, where my spiritual search started 50 years ago. In short, I surrounded myself with like-minded spiritually uplifting people.

10. And, the hardest part of the treatment for me: Practicing forgiveness for all the people who I consciously and unconsciously felt had done me wrong. There is nothing to forgive really, since most of our life is spent in a state of mindful unawareness. In other words, all the people involved in my particular life drama were all reacting to each other, as was I, on an unconscious level that manifested in a tangible way. This is karma and it highlights the importance of what Cayce told us: “Watch self go by.” In other words, I had to wake up and see the larger picture of how and why I was thinking the thoughts and taking the actions that I was. I had to make conscious what was happening on an unconscious level, and make corrections.

The first month of doing the outlined treatment brought no discernible results. In the fifth week, however, the pain in my hands and feet began to subside. My left thumb and forefinger stopped shaking, and the shaking of the fingers on my right hand decreased in frequency. I actually started getting some sleep! That was just the start. Every month that followed, the symptoms continued to improve, so that by the end of one year I was 75% improved. As I am writing this, it is now a year-and-a-half since I have been undergoing the treatment, and I believe that figure is at the 95% mark. I am not as strict with my diet as I was in the beginning, but the news here is that if I don’t do my prescribed set of exercises, the symptoms start to let me know they are still there.

I imagine that I will be using this protocol for the rest of my life. In my workshops, I refer to it as “The Fountain of Youth Protocol.” This is not only inspired by my success using the Cayce recommendations to treat the above-mentioned symptoms, but an observation I made on my journey of recovery. My mental clarity and memory have greatly improved. Now that’s a blessing on top of a blessing!

JACK ROSEN does consultations and gives workshops on the Cayce remedies once a month at the office of Nidia Carrero, MD, located in New York City. See this month’s Venture Inward Calendar of Events, or visit EdgarCayceheals.com and for more information on remedies and products, visit edgarcayce.org/diet and Baar.com.