Three years ago, psoriasis appeared on my backside, on my buttocks to be exact. This was my third episode with this malady. But this time was different.

The first time, 35 years ago, the symptoms had been on my shins and torso. At this direction of my dermatologist, I cleared the rash with sunlight.

By the second occurrence, 12 years ago, I had become a student of the Cayce readings and realized that all I had done the first time was clear up symptoms, not heal the problem.

Cayce’s position on psoriasis is summed up in this reading:

“The cause is the thinning of the walls of the intestinal system which allows the escaping of poisons, or the absorption of same, by the muco-membranes which surround same, and becomes effective in the irritation throughout the lymph and emunctory reaction in the body.” (289-1)

The readings are unequivocal that diet is the main source of the healing.

“The diet during such periods should be more of vegetables than of meats or sweets, so that there are those reactions that make for better unification in the membranes’ reaction within the body.” (289-1)

“Eliminate fats, sweets and pastries from the diet. Do have a great deal of fruits and vegetables.” (5016-1)

The message was clear. Clean up my diet. Since my symptoms were minor, I did not delve much further into the readings. Whenever the psoriasis appeared, I adjusted my diet, avoiding the beer and pizza. It immediately cleared up. This routine sufficed for years until one day it didn’t work anymore.

I’m not sure why. Maybe stress had something to do with it. I realized that I needed to dig deeper into the readings and take this healing more seriously. I focused on Matthew 7:7, which says, “Seek and you will find.” That’s when I found the late Dr. John Pagano, DC.I had seen his name linked with the Cayce readings and psoriasis, but paid no attention.

As it turns out for me, John Pagano had an answer. I was trolling the A.R.E website one day when I came across a video of a presentation Dr. Pagano had given there about healing psoriasis using the Cayce modality. I was intrigued, read his book, Healing Psoriasis, the Natural Alternative, and started applying the suggestions.

Dr. Pagano, using the Cayce modality, had been curing psoriasis for 50 years. This success came from viewing the problem from the cause-the gut-rather than the symptom-the skin. Cayce’s, and by extension Pagano’s, treatment methods were based on the premise that psoriasis is caused by toxins in the intestines that leak through the intestinal wall (the “Leaky Gut” syndrome) and manifest on the skin. [One Cause, Many Ailments: The Leaky Gut Syndrome, by Dr. Pagano, is available at ARECatalog.com.] Pagano spoke nationally and internationally on the subject, appearing on many U.S. radio and TV shows. One of his most notable international lectures was to the Russian Academy of Sciences in Moscow. In 2001 he addressed the World Psoriasis Conference hosted by the National Psoriasis Foundation. HIs book has been translated into at least five languages.

It wasn’t that Dr. Pagano’s principles differed from the readings. He made them clearer. His book set up a complete protocol, piece-by-piece, based on the Cayce readings, explaining what to do, why, and how to do it. As inspiration, it is filled with before-and-after photos of many of his patients. In addition to diet, he used other tools in his professional repertoire, such as spinal manipulation, hydrotherapy, and herbal teas-all tools that Edgar Cayce himself advised. The only thing I am aware of that he added to the Cayce readings’ advice was the suggestion to avoid “nightshade” vegetables [eggplant, tomatoes, potatoes, peppers]. 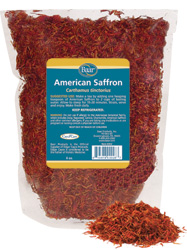 After reading his book and applying its protocol, I had questions. I called his office in New Jersey and arranged for a telephone consultation with him. I told him my background with psoriasis, my past attempts at healing, and my current situation. There are a couple of things I distinctly remember from that conversation. The first was his absolute confidence in the effectiveness of his methods, and second, the fine tuning he did to what I was already doing. For example, he suspected that my problem originated from too much yeast in my digestive system so he suggested a simple test to see if in fact this was a problem. It was, so I made some additional dietary changes he recommended. Also, he reversed the order of the two teas primarily used, having me take a cup of saffron tea in the morning and slippery elm at night.

I was conscientious in my application of the protocol, having absolute faith that it would work. Now, my main goal became the healing of my gut. I viewed the psoriasis as merely a symptom. In addition to strict adherence to the diet, I worked out, did deep breathing exercises and received chiropractic adjustments and hydrotherapy regularly.

Months went by. Occasionally I would become a bit frustrated. Since Pagano’s book has many case histories complete with before-and-after photographs, I read about folks who had symptoms much worse than mine who were healed in a matter of weeks or a few months. There were others who were healed after giving up primarily one item from their diet. Here I was, doing everything and more, for months, with no visible result.

The word “patience” appears in 1,061 Cayce readings. In reference to healing psoriasis, there is the following exchange in a reading:

Q. Is there absolute care for psoriasis?
A. Most of this is found in diet. There is a cure. It requires patience, persistence-and right thinking also. (2455-2)

I told myself that the main thing I wanted to accomplish was the healing within, keeping in mind that it took my body a long time to get in this situation, so it might take a while to heal it.

Then, one day, a wonderful thing happened. An hour after one of my regular chiropractic adjustments, my buttocks began to burn and turn red. Suspecting what it was, I was elated. I called Pagano, who confirmed my conclusion. It was a “Herxheimer reaction”, where symptoms get noticeably worse for a short period of time. According to Pagano, this reaction is “the body purging itself, throwing off toxins that have been locked in for so many years.” These symptoms were gone in about three days. The psychological benefit lasted much longer. Still, nothing else changed much visibly.

For months I kept on, never doubting I was on the right track.

Then one day it was gone. All the symptoms were gone! Completely gone! It had taken a year from start to finish.

And it stayed gone. Over two years have elapsed since the disappearance of the symptoms, with no reoccurrence. I no longer stick to the diet rigidly, but my eating habits have changed for good. I no longer like many of the things I used to take pleasure in. Now my pleasure is more often eating food I know is beneficial.

I have no before-and-after photos. A few times I tried to take some with my cell-phone camera using a mirror, but it didn’t work. Given the placement of my symptoms, I wasn’t about to ask anyone else to take any.

Other than the healing itself, the most important lessons for me, from this experience, are a deeper awareness of the healing power of natural remedies and food as medicine; confirmation of the veracity of Edgar Cayce’s teachings and an appreciation of knowledgeable people, like John Pagano, who can dig into those readings, analyze them, expound on them, and make them come to life for us.

Barbara Derrick, PhD, a researcher, lecturer and writer on Edgar Cayce, is a counselor, family therapist, and mental health specialist who has successfully used a protocol suggested by Edgar Cayce to enhance and improve the lives of Alzheimer’s patients. She has presented at the Edgar Cayce Health Symposium at Virginia Beach and her articles have appeared in Venture Inward.